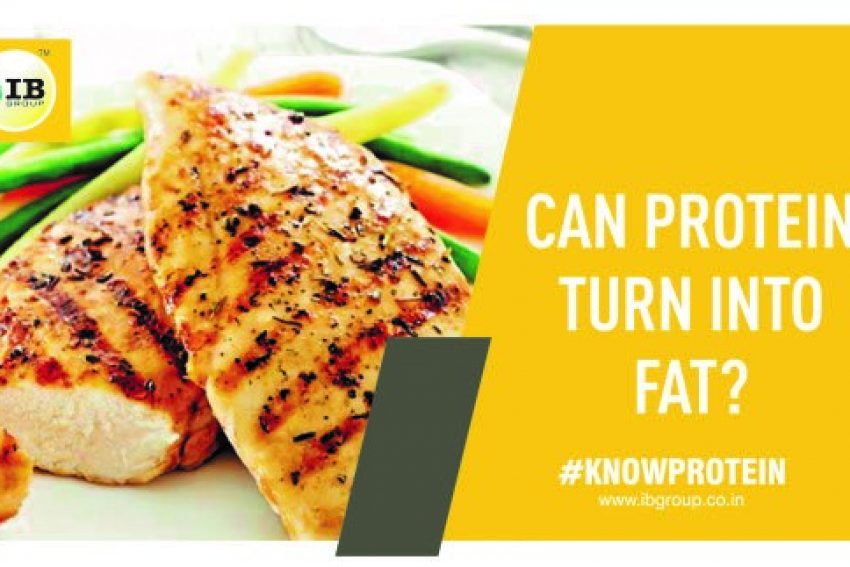 You’d be right. It isn’t necessarily magic, but it is a very long and metabolically costly process to turn protein into fat. Protein needs to be broken down into amino acids and absorbed. That process alone burns about five times as many calories as the process of breaking down carbohydrates to glucose. Once the amino acids are available, they can be used for growth and repair or converted to glucose. If they are to be converted, that requires some energy again. The body will turn protein to glucose when necessary, but it prefers not to. If the glucose isn’t needed, it can then be converted to fat.

You can’t turn protein directly into fat. At some wildly excessive point, you might be able to eat so much protein that it could become useless and get stored as fat. However, protein has such a potent effect on reducing appetite, you wouldn’t be able to eat that excessive level on a daily basis. You’d also expend a lot of energy as heat with the excessive protein intake.

Myth: Vegetable protein is just as good as animal protein

Myth: Vegetable protein is just as good as animal protein

Just to be clear, we’re not opposed to getting some protein through plant sources. However, we would not rely only on plant-based protein sources, especially without using nutritional supplements.

A higher protein diet typically has 30% or more of its calories from protein. Put another way, protein intake is often 1 gram per pound lean mass to 1 gram per pound body weight, depending on one’s body composition. To achieve protein intakes that high without supplementation would be difficult with only plants, unless someone ate an enormous amount of soy.

Aside from the difficulty in getting enough protein from plants alone, most are deficient in certain amino acids. It’s possible to combine them, but it takes some practice. Frankly, other than observational studies comparing one country’s food consumption against another’s, it’s hard to find a reason to recommend plant-based proteins over high-quality animal proteins.

For now, we just want to point out that the quality of proteins, and the amount per serving, in vegetable foods and animal foods is dramatically different. We recommend  all for eating plenty of vegetables and fruit each day, but it’s for the vitamins, minerals, fiber and phytonutrients, not for the protein they contain.